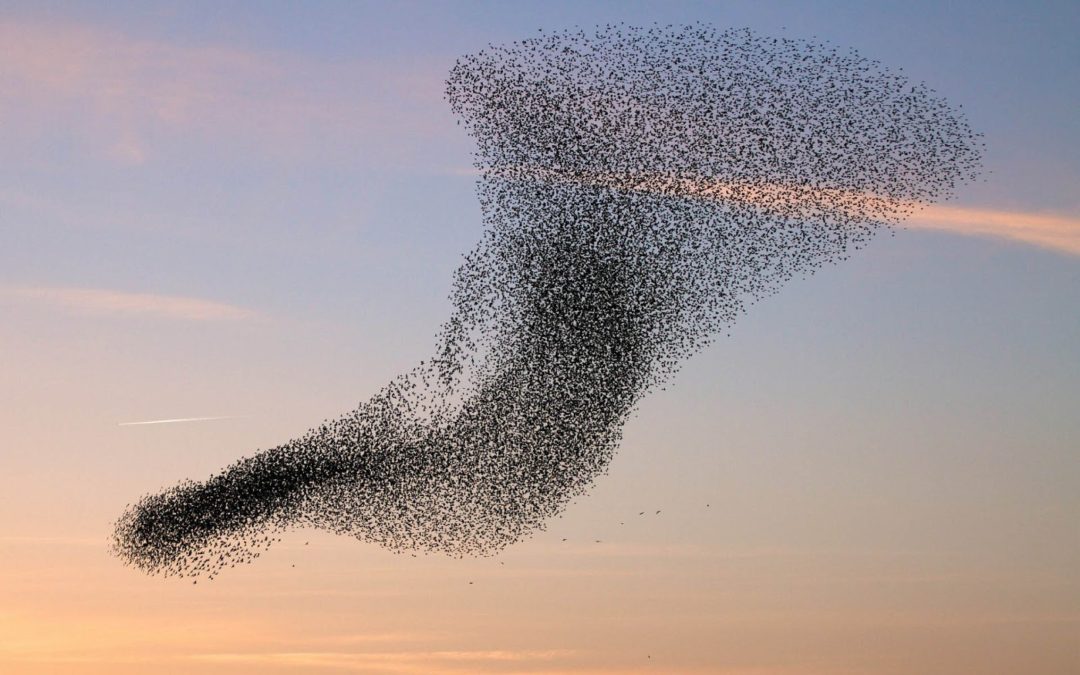 But ask yourself: are you one thousand times as upset about the second piece of news, than you are about the first? I mean, technically you should be – it means 1000x more birds dying from the same spill. But you aren’t, and that’s because our brains just can’t conceptualise really large numbers. Sure, we can think about them abstractly, but we can’t actually “see” one million in our mind’s eye, and our emotions certainly don’t correlate unit for unit, as large numbers scale up. This phenomenon is known as scope insensitivity – a lack of sensitivity for very large numbers.

I’m unsure of the exact neurological mechanisms behind this, but it’s reasonable to assume that it stems from a lack of evolutionary need. Our hunter-gatherer ancestors probably just dealt with conversations like “Hey woman, there’s a herd of buffalo over that hill”. “How many?” “100ish” or “How many berries will make my child stop crying?”. Evolution tends to prefer shortcuts, and allocating huge amounts of brainpower to the envisionment of redundantly large numbers is not very shortcutty.

For this same reason, our brains are also pretty terrible at conceptualising very low likelihood events. Freakishly rare things such as winning the Euromillions jackpot (117 million to 1), are effectively large numbers dressed up as little ones, as far as our brain is concerned – they’re equally hard to picture beyond a certain point. And so, if I tell you you have an 0.0000001% chance of breaking your leg doing fun activity X, and 0.000000001% of  breaking it doing equally fun activity Y, you’re probably not especially scared of either and will want to do those fun things. However, you should be willing to do Y one hundred times more often than X, assuming both things offer the same amount of funness to you.

This also applies in the other direction – the difference between things we’d usually lump together as “near certain” – e.g. a 98% chance of winning and a 99% chance – is actually quite significant, because the reverse event happens twice as often!

Look at these two percentages:

They look pretty much the same, right? Yet if all the nuclear reactors in the world had a safety rating of A instead of B, it would mean a 50:50 chance of an accident every 1.5 years, instead of every 15. And that would obviously be an unacceptably large risk (*note that modern nuclear power plants are fortunately much, much safer than both of these).

I’ve found playing poker helps develop greater sensitivity to low probability events – if you play enough hands, you’ll get exposed to many 0.5% – 5% chance events – events that feel so unlikely that they feel deeply unpleasant when you’re on the losing end of them. But eventually, your emotions start to correlate more tightly with the actual risks when you’re waiting for your fate to be dealt out. For example, imagine you’re playing in a huge poker tournament and you get your chips in the middle with pocket aces in these two situations:

A novice player who hasn’t had much experience of either situation would likely feel about same about both – probably being all-in for their tournament life is pretty damn stressful. Situation A might feel a little more stressful than B, but not that much.

An experienced player however feels very differently about the two situations – B really isn’t concern, but they know A can happen 4x as often, and so they feel approximately 4x as concerned about it. Their brains (and presumably their adrenal glands) have become well calibrated to the actual likelihood of the cards.

So the best way to mitigate scope insensitivity in your own mind is 1. being aware of it and 2. exposing yourself to many low frequency events. Playing poker is great for this, but other games like Dungeons and Dragons (or anything that requires throwing many-sided dice over and over) will also let you develop an intuitive feel for odds too.