Virtual Reality and my blown mind 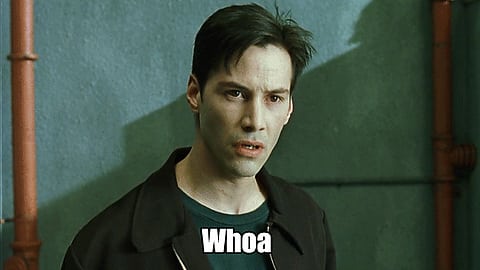 I got the HTC Vive Virtual Reality headset a few months ago. As someone who grew up through the first iterations of the internet, mobile phones and so on, it’s hard to really blow my mind with a new piece of consumer tech. Sure, things like VOIP and instant messenger were pretty cool when they first appeared, but very few new consumer products fall into the “oh my god I can’t believe this actually exists” category.

Then this arrived and my mind fell out.

If you’ve tried a fully immersive, interactive virtual reality then you ‘ll know what I mean. In this type of VR, you don’t just sit still and look around (e.g. the Samsung Gear and Google Cardboard, although those are pretty cool themselves). In this type of VR, you can physically walk around any environment you or the game developers decide to dream up. You can climb under, peek over, spin and jump around with accuracy and immediacy close to that of the real world. Via the insanely accurate controllers you can pick up virtual objects, throw them around, touch softly or hit forcefully and feel the corresponding impact through a vibration in your hands.

All of this is really hard for the human brain to handle. Our brains evolved at a snail’s pace over a few billion years and the oldest, most fundamental system is colloquially known as the reptilian brain. This is the part that relies on our senses to scope out our environment to keep us safe and well, and you can think of it as a basic, animalistic computer that is constantly going through its checklists to let us know that everything is right (or wrong) in the world in any given moment.

Our reptilian brain is constantly scanning our sensory feedback systems to let us know whether gravity is still pointing down, a small object is actually small or just distant, that sounds in our left ear are coming from the left and solid objects feel solid etc. If any of these sensors report a warning sign, we’ll act instinctively in an appropriate manner, such as a the classic flight or fight response.

So when technology finds a way to tick all of those feedback boxes in a highly convincing way, espcially via some curated, visually stunning and completely alien VR environment, your reptilian brains go into overdrive and…

If you haven’t experienced proper VR yet (and you almost certainly will sometime in the next few years), the closest comparison would be one of those cool simulator rides at an amusement park – remember those futuristic van-looking white boxes that sit you on a moving platform while a grainy projector screen shows you flying through a space rollercoaster? Those can definitely provide some multi-sensory thrills. Even so, comparing a simulator to the Vive VR is like a pair of binoculars competing against the Hubble Telescope or a child’s kaleidoscope to a full-blown DMT experience.

It’s quite simply in a league of its own.

In the first month I climbed Mount Everest, shot planets and stars out of my hands, defended a space-port with lightsabres, punched cyborgs, swum underwater with prehistoric whales, played virtual paintball with strangers and landed on the moon with Neil Armstrong. And unlike any other cinematic experiences, it’s not fair to say I was merely witnessing these things. I truly lived them out as an active participant because my nervous system fully believed I was experiencing them at the time.

My new favourite thing to do is watching friends and family taking the plunge for the first time. Watching someone you know well utterly losing their shit is always entertaining for obvious reasons, and it presents a ripe pranking opportunity for the more mischievous observer too.

Sorry Mum. Anyway, I’ll discuss the best things to do in VR in another blog soon, and in the meantime I hope this has explained where I’ve been for a decent portion of the last few months! Virtual reality is really starting to live up to its name by quite literally providing an alternative, generated universe in which humans can inhabit and experience.

Thanks to its unparalleled ability to trick our reptile brains, VR’s potential to inspire, thrill and educate is truly profound. As technology advances and prices inevitably drop, VR headsets will become as commonplace as the household TV, and each new update will become increasingly realistic. What that means for human civilization in the future is uncertain, but I’m left without doubt that VR is going to make a huge impact over the coming decades.