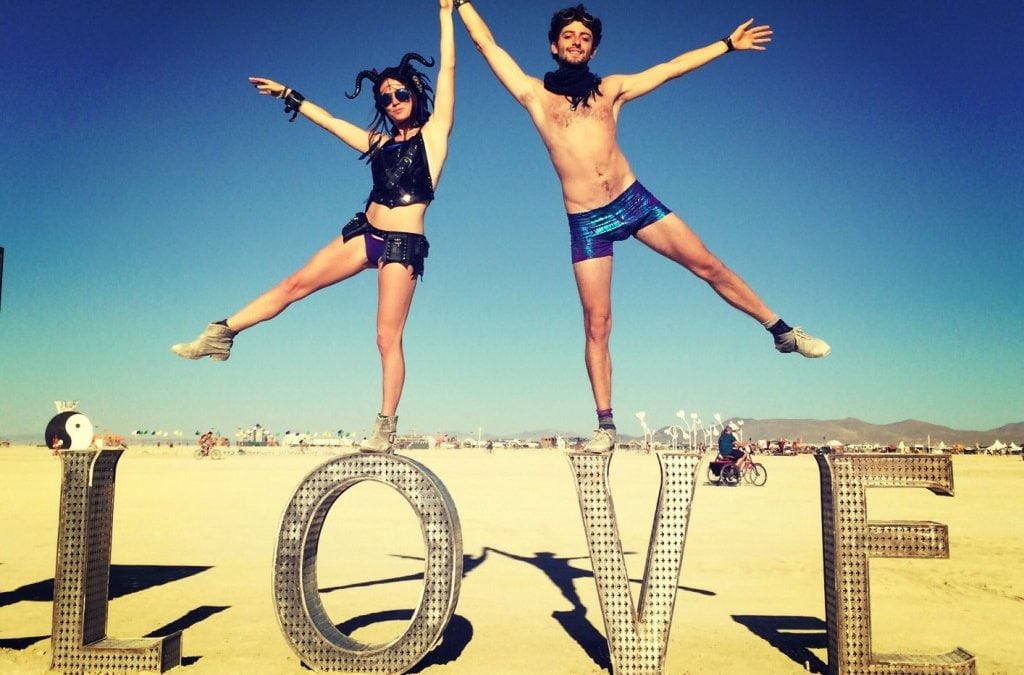 I’d long heard about Burning Man due to a teenage fascination with subculture. It wasn’t until years later that I actually KNEW people, close friends, who attended. Two of those friends are Antonio Esfandiari and Sorel Mizzi, who I thank unreservedly for finally sweeping me and some of my nearest and dearest along with them. Here’s why…

A surface description of the festival is this: 70,000 people congregate once a year to a dry lake bed (a playa) in the middle of the Nevada desert and build a temporary community known affectionately as Black Rock City. Located 110 miles from the nearest city, the lake bed is one of the most inhospitable places for mammalian life: unrelenting sun, vicious dust storms and no water sources for many miles. As such, everything one needs for life must be brought in, rationed wisely, and of course, removed afterwards (their “leave no trace” policy is thankfully very strict). One should not go there unprepared, and fortunately enough for us, our wise campmasters at Camp Epic had provided all that we could possibly need. 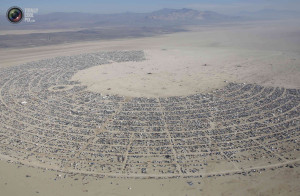 Burning Man is not like Coachella, Glastonbury or any other festival. Firstly, it’s a not-for-profit. Tickets cost $380 for the whole week, and that’s all you will pay the organisers. Once inside, there is no use for money. There’s simply nothing on sale. If you need something, chances are it’s being given away, aka “gifted” somewhere on the playa. Gifting is one of BM’s core principles – when you give something away, you do so without expecting a return or exchange of something of equal value. The only thing the giver should expect is a feeling of warmth for helping out another person.

Other core values of BM include Radical Inclusion “Welcome and respect the stranger”, Decommodification “experiences without commercial sponsorships or transactions” and Participation “achieve transformative change through doing”. If you want to read more, there’s a link at the bottom of the page.

So what does one actually DO there? Well, one of the biggest draws for me are the uncountable classes that are being offered at any time of the day. There’s lessons on the expected; poetry, art, graphology, yoga and meditation. Then there’s the weirder stuff:“make your own loincloth” to “Kinky sex: which is the right type for you?”. Then there’s the downright bizarre, with options ranging from “pipe cleaner hatmaking”, “voodoo explained” and “wake up with a coffee enema”. Gotcha.

Igor and I attended a “Dramatic Improv” class, which taught the basics of improvisational acting and how to apply them to dramatic, non comedy scenes. Our class of 16 started off shyly with one or two leaving hastily when they understood they’d have to perform to the class. It was brilliant to then see the quietest transforming into “ANGER: LEVEL THREE” at the clap of the teacher’s hands, before beaming with pride at their newly widened gamut of expressible emotions.

Then there’s the art. Pieces are scattered around on the open playa. I recommend a google to get a true impression. They are huge, weird and mind bogglingly intricate. At night, their psychedelic lighting often morphs them unrecognisable to their daytime form. 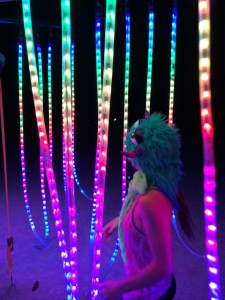 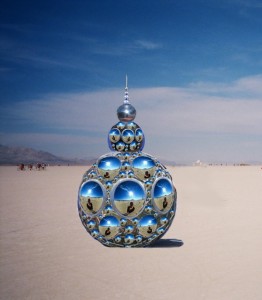 This leads me onto one of my personal favourites: the climbing. Unless there’s an actual sign indicating not to (of which I only ever saw one), you can bet your structure will be climbed upon, be it for a better view or the sheer physical challenge. The climbing isn’t a sign of disrespect either – it’s often actively encouraged. It’s one of the rare places in this litigious modern age where YOU are solely responsible for anything stupid you do to yourself. If you fall, you fall. People will absolutely help you, but don’t go looking to blame the construction, organisers or anyone else. This mindset beautifully reinforces the widely taught philosophy of accepting responsibility for everything in your life. 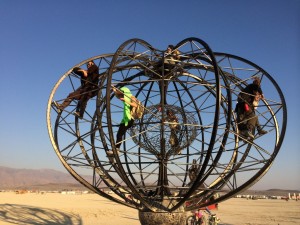 Then there’s the Man itself, a wooden 130ft effigy that looms over the city until “The Burn” on the penultimate night of the festival. It is intended to symbolise whatever part of yourself you wish to eradicate, transform or improve. A 300m radius safety perimeter is formed around it, with tribal drums, fire dancers and 70,000 folks watching the flames consume their undesired emotions in climactic reverie. 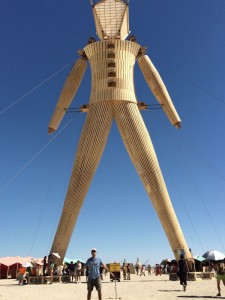 What did the Man mean to me? I’ve sometimes struggled with unnecessary levels of anxiety since my teens – unnecessary in that I’d spend too much time fretting over things that I cannot control, nor need to. Examples ranged from excessive, irrational thoughts of losing a loved one, that I’m “cursed” during a downswing, or specific hypochondria getting to OCD levels. Whilst age and experience have lessened it massively, it still surfaces enough for me to want it gone. As such, in a bizarre form of group therapy just before the flames took hold, our group took turns to verbally declare what we each were shedding from ourselves from that point onwards. Now it’s a case of reminding myself of that moment whenever an ugly cognitive habit tries to surface.

I also want it to serve as a personal reminder to increase selflessness towards both strangers and loved ones. The giving mindset was so overwhelming, even the most resistant souls had succumbed by the end of the week, be it by picking up random litter or approaching a stranger who seemed alone and down. Whilst I’ve enjoyed the usual present giving at Christmas or birthdays, I’ve truly never felt such glowing contentment as that of going out of your way to offer your time, advice or simple manual labour to relative strangers, without being asked to do so. My biggest goal post-burn is to maintain this mindset, permanently. 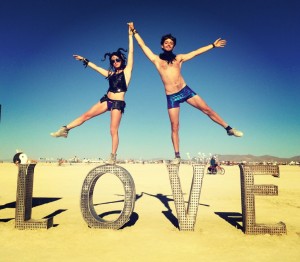 Perhaps I was just lucky, or just blinded by my own good mood to not perceive it, but over the course of seven days, 70,000 people of many ages and ethnicities lived together in cramped, uncomfortable conditions and I didn’t see or hear a single act of aggression. It was a microcosm of utopia, and of course practical long-term application of it isn’t always that dreamily simple, but if just a few of those principles (which obviously aren’t anything new!) are reinforced back in the wider world, well that would be rather lovely. 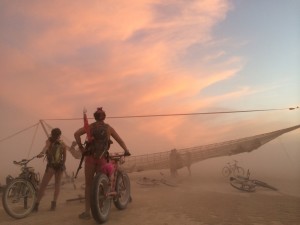 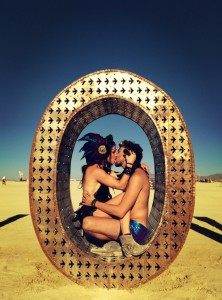 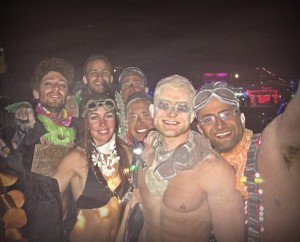 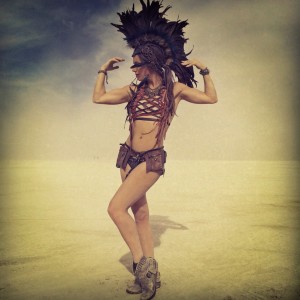