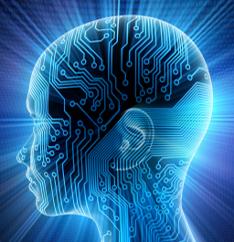 I recently listened to a podcast (link at bottom) that was a discussion between renowned life-hacker Tim Ferris and innovator Peter Diamandis. During the talk they cover a range of fascinating topics, but one point that got me thinking was an analogy Peter made between human beings and computers. It’s fair to say that computers, despite being massively complicated things whose intricacies lie beyond the knowledge of most people, myself included, can be simplified down into three constituent parts: The physical circuitry/processor (hardware), the operating system (OS) and the programs/apps.

Peter pointed out that human beings can be simplified in the same way too. Our hardware is our immensely powerful brain, our OS is our fundamental behaviour system (and how we react to things) and programs and apps are our learned abilities like maths and languages.

We are constantly upgrading our machines. So can we do the same to ourselves?

Firstly, let’s look at our hardware. There are a great many things we can and should do to maintain and support our brains and the bodies that house them such as nutrition and exercise, both physical and mental. However we’re mostly limited to the number of neural pathways we are able to use and unless some massive biotechnological breakthrough occurs in the near future, our hardware isn’t changing much any time soon.

The programs and apps? Well, much like our darling iPhones, we steadily increase the number of apps installed in our brains over time, some more useful than others. We start off in school learning the really important ones such as sciences, maths, arts and languages. Some of us are really good at continually updating them too. If you’re like me, you’re really into games and have a bunch of those installed on mental quicklaunch. As such, it’s fair to conclude most humans are decent at growing their knowledge base.

So what about the Operating System? This is the part that runs the apps – that processes all the information and decides how to interpret it. Having a smooth running OS is therefore absolutely pivotal to one’s emotional state. And as Peter pointed out, it’s usually the most neglected part of ourselves. To define it further, our OS is our mindset. It’s our fundamental behaviour system that defines what received information actually means to us, and how we react to it. It is also the part of us that enables the formation of habits (good and bad) and determines how we adapt to major changes in circumstance. Left unexamined for long periods, it’s vulnerable to insidious bugs (hello Trojan virus analogy) that negatively affect our thought processes and decision making. We can misinterpret critical information, think inefficiently and regularly fail to make necessary changes. A human Windows Vista*, if you will.

Without constantly examining, understanding and upgrading this central part of ourselves, how can we expect all this new information we’re constantly assimilating to be used most effectively?

Mindset is a key ingredient to long-lasting happiness and mental stability. To keep it healthy requires a whole lot of self-reflection, usually achieved via meditation, therapy, journals, life-coaching or close, honest friends. As such my recent goals have revolved around making good mental habits, the process of which is surprisingly gratifying even when my success rate of keeping them isn’t high.

I’ve even started clicking yes to my laptop’s incessant essential updates requests. Not only does it prevent the unbelievably infuriating mid-work-destroy-everything-you’re-doing-fuck-you-auto-restart, it also serves as a reminder to do some personal maintenance. So thank you, little technological sidekicks.

Note – I found the following two books helped a lot with both habit forming and my attitude to learning. They explain some fundamental psychological processes as well providing understanding of the human learning process itself.

“The Art of Learning” by Josh Waitzkin

“Mindset: The Psychology of Success” by Carol Dweck

*nerd joke about the fact that Vista is often considered the worst Windows version of all time.