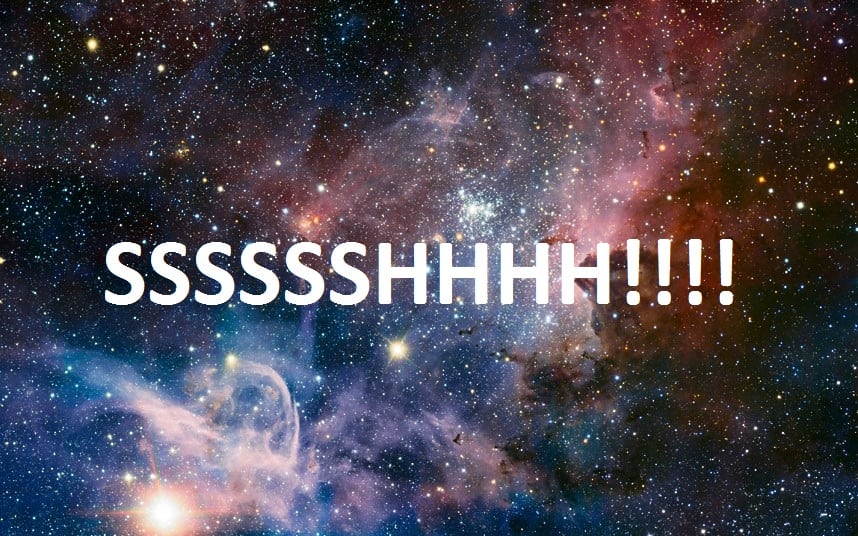 The Fermi Paradox is one of my favourite things to think about when I’ve got nothing better to do. It’s the fascinating idea that despite the colossal number of planets within our 13.8 billion year old universe, we have not seen, heard or experienced any evidence of life other than here on Earth. Let’s look at the numbers more closely: according to recent findings the Milky Way contains around 50 billion habitable planets, and the observable universe has an estimated 500 billion galaxies within it, meaning there are 2.5×1022 planets that could potentially host life. That’s a whole lot.

If even a fraction of these planets evolved life, the numbers would be so many that it’s reasonable to expect some to reach a similar level of civilisation to us, and for a few of those to have progressed further to the point of interstellar colonisation. Given the massive amount of time and planetary possibilities since the Big Bang, why aren’t we seeing evidence of alien civilisations? It took a comparative split-second for humans to progress from cave-dwellers to space-travellers, who in the 1970s started transmitting a radio wave signal into space detailing a peaceful message of our existence. As such, if there are (and have been) so many potential life-hosting planets, why are we not picking up the theoretical radio signals which should be bouncing around the cosmos?

That’s what physicist Enrico Fermi famously questioned, and thus the paradox was named. So what does it mean?

Firstly, the paradox implies the existence of some kind of life barrier, an evolutionary obstacle so difficult to overcome that only a tiny fraction of planets (and maybe only just the one) have ever gotten past it to any significant degree. That barrier is known in scientific circles as “The Great Filter”, and it leads to two main questions: what could the filter be, and at what stage along the evolutionary process does it occur?

What could the filter be? One possibility is that the chemical “soup” that precedes life has to go through so many intricate arrangements to actually form simple cells that it’s astronomically unlikely to even get to that first stage. Alternatively it could be that the jumps from simple to complex cells, or from immobile plant life to creatures with nervous systems are just too hard to overcome. Concerningly, the Great Filter could also lie ahead of us. The risk of mass extinction caused by global war, climate change, astronomical events or technological catastrophes could prove too high for any growing civilisation to survive.

So the all-important question: has Earth passed the filter, or is it still to come? All the while we find an absence of alien life we can maintain a degree of optimism for our future as it implies that we’ve passed it. The radio silence of our nearby universe and the lack of little green men visiting us (as much I love the X-files, there’s zero scientific evidence we’ve been visited), means it’s most likely that the filter is behind us, and planet Earth is just an utterly lucky rarity that made it.

However, there are other explanations for the apparent lack of life other than a great filter. Perhaps there are countless other civilisations out there, evolved to at least a similar level of advancement as us, but who decided (for reasons that maybe we should also consider!) to never send out a signal into the universe for fear of attracting unwanted attention from interstellar neighbours. Perhaps there are many planets with advanced life who found a way to maintain their populations and manage their planetary resources effectively and thus find no reason to explore further. Or Earth could simply be one of the first planets to get this far, and there are billions of life-hosting planets emerging as we speak.

I’ll finish on my favourite idea of them all: what if there are alien civilisations who have developed so far as to colonise huge swaths of space, including our galaxy, but have evolved so far that they transcended beyond anything we could possibly comprehend as a form of life and as such exist around us unnoticed?

The truth is out there…