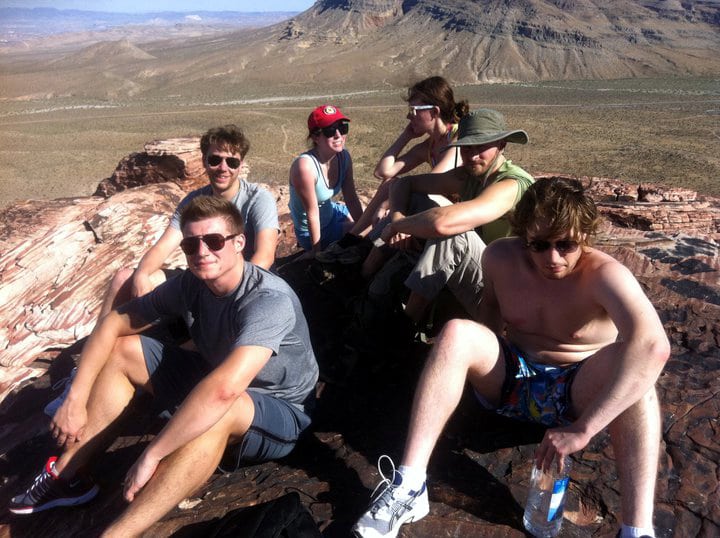 It’s a well known fact that some poker players travel almost non-stop on the poker circuit, jetting off to exotic locations and visiting some of the many wonders of the world in the process. I count myself very fortunate to be able to join that group and live that lifestyle, and it’s something I regularly pinch myself as a reminder to be grateful for. Obviously the majority of a poker player’s time during a poker trip is spent in the tournament room or nearby it, socialising, discussing hands, prop-betting and other such things. While I love and cherish my time on the felt, and indeed at dinners and parties, I sometimes find the noise, crowds, lack of natural light and the general stresses of the casino environment to be overwhelming and oppressive. Fortunately, in those moments there’s usually somewhere not to far away where one can “escape to peace.

Perhaps it was my rural upbringing, but I can quickly become irritable and depressed if surrounded by too much urbanisation and human activity without an outlet of the great outdoors.  As such, some of my fondest memories are of somewhere green, remote and preferably at elevated altitude. I’ll go alone, with one or two friends or even a larger group, as long as they hold a similar goal. Provided we get to somewhere via our own steam that has a lot of sky and minimal mechanisation, a sense of peace is achieved.

Perhaps this is a little self-indulgent, and if so I apologise, but I’d like to share with you some of my favourite peaceful places I’ve discovered so far. Some of them are near regular poker destinations (which was how I discovered them), and others are a journey unto themselves. However, if you can make the time to visit and experience them, you may find it enriches your poker circuit experience immensely.

It always astonishes me how many people have gone to Vegas for the World Series year after year and have yet to venture to either of these places. The scenery of Vegas, if you can tear your eyes away from the insanity of the strip, is quite beautiful. Flanking the entire length of the city to the West is a mighty range of jagged peaks called the Spring Mountains. Mount Charleston is the highest peak in this range, and is a mere 45 minute drive from the Rio. As isolated ranges go, it’s quite a beast with a summit of 11,916 ft (3,632 m) and provides some extreme variations of hiking through various climates, culminating in one of the most rewarding views of Nevada/California if can you conquer it (which you will, eventually).  In winter there’s even a small ski resort with a decent terrain park for all you “sweet air” junkies.

If that sounds like too much time away from the felt then a smaller but equally rewarding dose of wilderness can be found at Red Rock Canyon. A quick 20 minute drive from the strip, this wild valley of vibrantly coloured rocks and peaks provides everything from gentle walking, tricky scrambling to exhilarating rock climbing if you’re man enough. My favourite spot is in Calico Basin where you can climb to the top, look at the Strip from between your fingers and back down again in an hour, burning away enough calories and stresses to set you up for a week of hard grinding

This place evokes very polarised emotions from people. It’s harsh, barren, vast, desolate, obscenely hot and unlike anywhere on Earth I’ve visited. Love it or hate it, it’s a unique experience that is hard to forget, especially if you go in high summer (which is the best time to do it, obv). Only 120 miles from Vegas, Death Valley is a place of records: disputably the hottest place on Earth with a maximum recorded shade temperature of 56.7 deg C (134 deg F), and is also the lowest place in the Western Hemisphere at 282 feet below sea level.  Many of my friends think I’m crazy (I prefer to call it “hardcore”), but I’ve made a number of trips alone to this beautiful, exotic world. If you really want a cleansing of all things trivial from your being, take a visit next summer. Just bring LOTS of water.

Arguably the complete opposite of what I’ve described above, Hollingbourne Hill is a small part of the North Downs hills that stretch along the length of Kent in the UK. At the top of the hill there are no people; just trees, grasses, breeze, cows and a stunning view of the lushness of Kent, my home county. Only an hour by train from central London, it is a great opportunity for those who’ve never ventured beyond the big city during EPT London to get a real taste of England’s green and pleasant lands. There’s even a nearby castle called Leeds Castle that’s steeped in royal history and boasts a very tricky hedge maze. Well worth a visit.

On an off day at EPT Campione we rented a car and went driving into the alps. With the only goal being “to find the windiest, scariest road to nowhere”, we quickly succeeded in getting both spectacularly lost and breathtaken, stumbling across a crumbling ruin of a rook overlooking a giant alpine valley. No words necessary:

On a visit to the Aussie Millions a few years ago I was craving an opportunity to see the Australian “bush” (no puns please). Sadly nobody I knew could go so I borrowed a car and went in search of the “Dandenongs”, a range of small mountains just outside the city. Eventually I came across what appeared to be a deserted campground and started walking.

What first struck me was the very evident signs of forest fires, with most of the giant trees blackened around their thick trunks. Also present was the blasting soundtrack of crickets and other such fauna, constantly reminding me of the fact I was on an island of very alien lifeforms. After walking for an hour and being very typically European by scouring the ground for anything that could be a snake or tarantula, I sat against a tree only to find my back stuck to a very thick cobweb and its angry looking inhabitant. I’ve never ripped off a T-shirt quicker. Nonetheless, with the help of a stick and the fact that there wasn’t a soul in sight, my modesty was saved and maybe even my life!

Despite this, my adventure in the Dandenongs got the job done for me. I felt renewed and alive and ready to face the city again.

This one is different for obvious reasons – it’s not in the wilderness. That said, it’s one of the most peaceful places I’ve ever visited in my life. The Sagrada Familia is an enormous cathedral in the heart of Barcelona, designed by the visionary architect Antoni Gaudi. Under construction for over 100 years, it still hasn’t been finished but even now it is one of the most breathtaking, intricate buildings you will ever see.

The outside is a sight to behold, with every inch carved with symbolism and an astonishing attention to detail. To me though, the inside is where the real magic lies. A mixture of a giant mythical hall from a fantasy novel with the futuristic touches of an extra-terrestrial race, it was genuinely the only time where walking in a building has left tears in my eyes by its beauty. A mathematician’s dream, there are seemingly impossible geometric shapes hidden within columns and vaults that will take you time to spot and even longer to wrap your head around. Religious or not, I defy you not to be inspired by the dedication, intensity, calm and majesty that the building emanates. Take a moment to sit, look and be still once there and feel the peace within you.