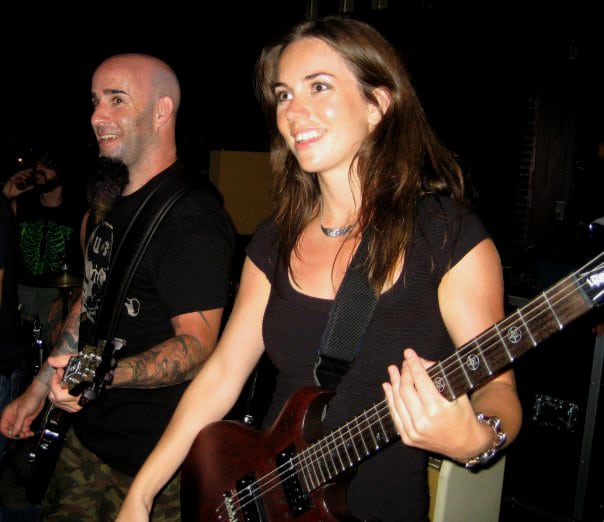 I’ve started playing guitar again. This is much to the chagrin of my parents, with whom I am currently living until my flat in London is ready (I’ve been told “the end of this month” since February so am not holding my breath). When I first began playing as an eager 16 year old they were nothing but supportive; I started out on my Stepdad’s old acoustic, warped with damp from living in the garage for years. It only had four strings and as such limited me to playing the most basic of riffs up and down the neck. I then upgraded to another family member’s 12-string jumbo acoustic beast of a thing so large and with a neck so thick my left hand couldn’t fit around it. Whilst it swiftly made my hand strong and had a beautiful tone, the desire for a sleek, fast-necked, noisy electric burned and so I saved up and bought my first – an Epiphone Les Paul.

So of course with the electric came a small practice amp, and in time the amps grew louder and larger and significantly growlier along with my blossoming tastes in extreme Metal. As you can only imagine, this was a contentious point between my long-suffering parents and my teenage self. These days I’m much more reasonable – I have headphones, am aware of unsociable hours and have tempered the rebellion, but I could see the anxiety in their faces when the Hughes and Kettner amp was being dragged out of storage up into my room a few weeks ago.

It turns out that the old adage of practice makes perfect applies here. Two years of non-playing makes you rusty, so rusty that I can’t call myself a guitar player anymore. I don’t like not being good at things, particularly things I used to be damn good at. A few years ago at the height of my axe-nerding, my left and right hands would communicate in near-perfect synergy. Now, they belong to different people. The right hand is still half-reasonable, its dexterity perhaps maintained by incessant chip riffling and typing on an iPhone. The left hand however has become some redundant object that flaps around blindly along the neck of the guitar, ignorant to whatever signals my once powerful guitar-brain attempts to send it. Sigh.

As such, I’m going to retreat down a hole for the next couple of weeks and practice. Practice not only until I’m good, but actually decent enough to start recording YouTube cover videos again without embarrassing myself. Metal is a science, and a precise one at that. Unlike poker, you can’t bluff your way through it.